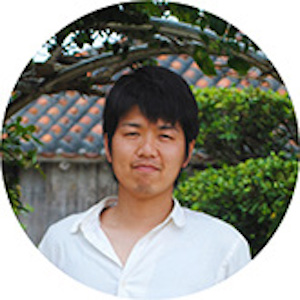 Nao received his undergraduate and graduate degrees in architecture from Kyoto University, taking time off from his studies to work in Switzerland and apprentice with traditional carpenters in Kyoto. He co-founded Tsumiki Design & Construction with Momoko Kono when he was 27.
Nao believes that the process of improving, renewing, and renovating the built environment can also bring people closer to each other, forging new relationships within and across communities.
In addition to providing participatory design and construction services to Tsumiki clients, Nao teaches hands-on architecture workshops throughout Japan, focusing on DIY renovation, thermal analysis of traditional Japanese houses, and grassroots creative placemaking. 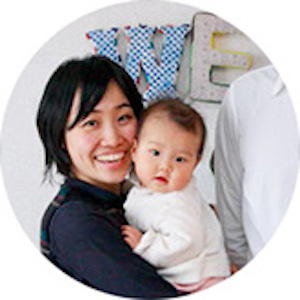 Natsume holds both an undergraduate and a master’s degree in architecture from Kyoto University, where she graduated alongside her classmates Nao and Momoko. As an undergraduate, she won the diploma prize for her thesis “Kami No Mukougawa” (Possibilities of Paper), the highest honor given for outstanding thesis work.
In 2012, she founded Natsume Sewing Atelier, through which she designs and produces her own line of clothing, curtains, textiles, carpet patterns, and home furnishings.
Natsume’s playful illustration style helps Tsumiki interpret specialized architectural knowledge, making it available to the non- architect. Koji was born in Kawagoe in 1974, and began apprenticing as a carpenter with his father when he was 18 years old. He took a break from his apprenticeship at 21 to take a job providing care for people with disabilities. After a transformative bicycle tour from Hokkaido to Kyushu, Koji decided to return to his calling as an artisan, and resumed his training. He has been working as a carpenter for over 25 years. Born in Niigata, Takuto studied architectural design at the Kanazawa Institute of Technology. During his time as a student, he joined an organization called Kashimo Mokushojuku.
For 25 years, this club, has been working with residents of Kashimo (famous for its ancient forestry practices) to design wooden architecture for their city. This artisanal carpentry training program culminates in a 2-week building workshop during the summer. After participating in this program for three years, Takuto was voted by his fellow students to serve as the head carpenter for his fourth year. At Tsumiki, he provides a range of services, from fine carpentry to digital design.